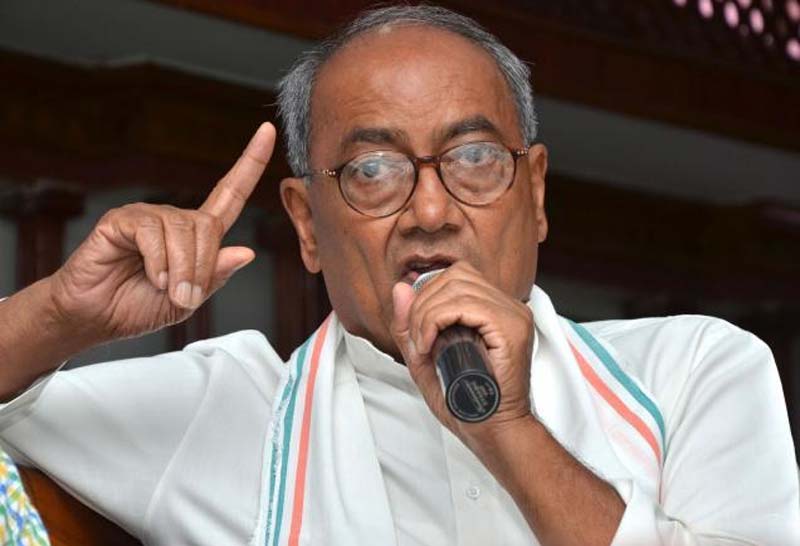 AICC general secretary Digvijaya Singh feels Congress' striking strategic alliances in important states would be the immediate way forward for the party. In an interview with ET, Singh said if Nitish Kumar and Ajit Singh form a new party, then aligning with Congress in UP will "look like a logical conclusion". Singh also stressed that Modi has lost his grip on the government, and it is RSS which is actually calling the shots: Edited excerpts:

The Congress is going through a bad phase, both at the Centre and in states. How is the party going to cope?

Digvijay Singh:The Congress has not only ruled India for the maximum number of years, it also has a history of making spectacular comebacks in most adverse conditions. In 1996-98, from Kanyakumari to Srinagar, Congress had ruled only two state governments — Kerala and Madhya Pradesh. But it took us only a few years to win state after state and ..

What is the strategy for your comeback?

Digvijay Singh:To me, the immediate task is to enter into strategic alliance in key states — the process has started. After the grand alliance in Bihar, Congress has revived its alliance with DMK in Tamil Nadu, and initiated a tactical understanding with the CPM-led Left in West Bengal.

Given that Nitish Kumar's JD(U) and Ajit Singh's RLD are planning to merge, will Congress align with them the UP Assembly polls?

Digvijay Singh:If the JD(U) and RLD merge, then an alliance with them for the UP elections looks like a logical conclusion.

Is Congress planning another 'UPAlike coalition experiment' ahead of the next LS polls?

Digvijay Singh:The next Lok Sabha polls are three years away, and we have to see how the politics plays out. Whenever BJP and NDA assumed power at the Centre and started implementing their communal agenda, the Congress displayed political and ideological aggression, imagination and skill to counter them. Trust the Congress to rise to the occasion again.

Congress governments in Arunachal Pradesh and Uttarakhand have already tumbled and many feel the party high command is unable to control internal dissidence in states?

Digvijay Singh:Being the largest pluralistic party, Congress always has divergent views and there's an in-built democratic system to harmonise them. But what happened in Uttarakhand and Arunachal Pradesh were not due to dissidence in Congress, but because of NDA government's blatant use of money and muscle power and anti-constitutional methods to get rid of Opposition-ruled governments. NDA government's anti-democratic mindset stands fully exposed.

But Congress is also losing ground in states where it is pitted against BJP?

Digvijay Singh:Congress has already started the process of reaching out to people by taking up issues affecting them. Rahulji is continuously touring states — Congress will take more political and organisational measures to strengthen its position on the ground.

What about Madhya Pradesh where Congress is in Opposition since 2003, and is a deeply divided house?

Digvijay Singh:When my government lost the election after 10 years in office, many people even in my party had said that we lost because of me. So, I have since left state politics and moved to Delhi so that more efficient people can lead Congress in MP.

But nothing worked for Congress in MP for 13 years and the latest talk is about Kamal Nath becoming PCC chief. Your comments?