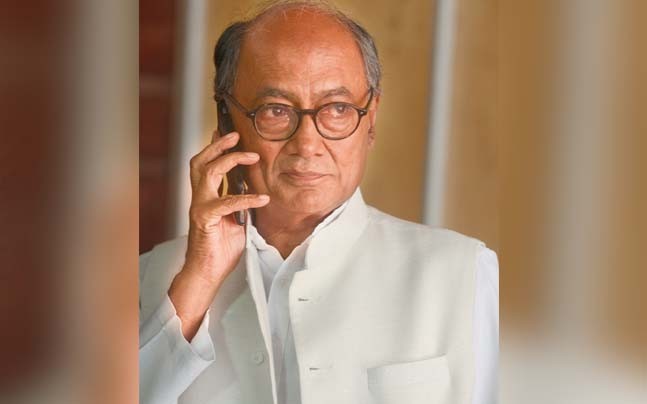 Former Madhya Pradesh (MP) Chief Minister Digvijaya Singh will take his next political step in accordance with Congress president Rahul Gandhi's wishes and is of the opinion that the party leaders should get an idea of the publics pulse to form the next government in the state.

"Of course, I will be in politics, not fry pakodas," the All India Congress Committee general secretary said referring to his earlier remark that he would not make pakodas after completing the Padyatra.

Throwing light to what he thinks should be the Congress strategy to come back to power in MP, Digvijaya Singh said, "Our leaders should reach out to the electorate and feel its pulse, and tickets should be given to popular leaders."

"I want to clearly state that I do not want to be CM," he added.

What if Rahul removes him like he replaced party organisation and training-in-charge Janardan Dwivedi with general secretary of Gujarat affairs Ashok Gehlot, Singh said, "I am ready. I have been general secretary for 14 years. How long can I continue? I will abide by Rahul Gandhi's decision."

Digvijaya Singh also refused to comment on any difference between the functioning of Rahul and Sonia. "It is unfair to comment on their styles of functioning. Right now, the party should give a free hand to Rahul Gandhi to effect changes according to his wisdom." He also feels that Rahul should decide whether the party should promote a leader as the next Chief Minister.

On the BJP's and Prime Minister Narendra Modi's allegation that he is anti-Dalit, Singh shot back saying, "The condition of Dalits in Gujarat shows Modis love for the community."

He reiterated that Rahul will try his best to defeat Modi in 2019 general elections.

"If we strategise well, Modi can be defeated in Varanasi as well," Digvijaya Singh said.

On being asked if opposition parties should unite to form a grand alliance against the BJP for the general elections, Digvijaya Singh said "the by-poll results in Phulpur and Gorakhpur are examples" of opposition parties joining hands against BJP and managing to defeat the saffron party.

Speaking about the Modi administration, Digvijaya Singh said, "He has been the PM for four years. The administration is in tatters, and communal tensions are a source of major concern."