BHOPAL: After Dr Anand Rai, yet another whistle-blower in the Vyapam scam has accused senior Rashtriya Swayamsevak Sangh (RSS) workers of 'compelling' him to hold up his activities besides giving him an option of choosing between 'organisation' and the 'scam'.

Chaturvedi, who took part in RSS's traditional 'Path Sanchalan' (route march) at Gwalior on the occasion of Dussehra on Wednesday told TOI that senior RSS office bearers had asked him to not to visit RSS office ever since he named chief minister Shivraj Singh Chouhan and senior BJP leaders in the scam.

Rai, who was a principal whistle-blower in the scam too, claims that he was abandoned by RSS after he exposed Vyapam. While Rai was the vice-president of the Indore chapter of Arogya Bharti, the medical wing of the RSS, Chaturvedi was Vistarak of the organisation in 2006.

"I won't say that the whole RSS organisation is against me, but those who brought me in the organisation asked me not to visit the office after I refused to stop exposing those involved," said Chaturvedi pointing fingers at Arun Jain, a Kshetriya Pracharak (zonal charge) of Madhya Pradesh and Chhattisgarh.

"They said I had only one option either to continue exposing Vyapam or to remain with RSS, I preferred activist. As I believe in RSS ideology I would take part in their activities," Chaturvedi alleged.

When contacted, Jain said, "I don't know what he is talking about. I have not seen or met him for the last eight months."

Chaturvedi, who blew a whistle on medical examination and recruitment scam and attacked in Gwalior in 2014, was allegedly threatened with dire consequences by a police officer last week.

He had lodged FIR against many, including eight considered close to chief minister for their role in MPPEB scam. His complaint had forced SIT to look into the scam to lodge FIRs against eight people, including former PEB exam controller Sudhir Bhadoria, his successor Pankaj Trivedi, son-in-law of former minister Sheetla Sahai, B R Srivastava, Gulab Singh Kirar's son Shakti Singh, ASI Veer Bhahdur Singh Bhadoria, Vishal Yadav and Rashmi Parihar. Chaturvedi had petitioned to CBI to probe admission of 5,000 medicos in MBBS and PG courses of 2003-2013 in medical colleges in the state.

Gwalior-based Vyapam scam whistleblower Ashish Chaturvedi says that a lot has changed for him in the past year since he started raising fingers against BJP leaders in connection with the Vyapam scam.

“My association with RSS is long. When I exposed PMT scam earlier, they patted my back. Arun Jain, Kshetriyta Pracharak for MP and Chhattisgarh asked me to meet him at RSS office in Gwalior in the month of July, 2014. When I lodged an FIR in connection with the scam in July 16, 2014, I again talked to Arun Jain and he asked me to continue working and accelerate the speed. He was the one who asked me to stay at the RSS headquarters, Samidha, whenever I came to Bhopal and now they are discarding me because I raise fingers at the BJP leaders, including the chief minister,” Ashish told HT.

The last time Chaturvedi came to Bhopal during the ‘Hindi Sammelan’ in September, however, he was sternly asked not to show his face at RSS office if he continued campaigning against the BJP leaders in the scam.

Ashish, who participated in the RSS Dussehra Path Sanchalan in Gwalior on Thursday, however, said that he would continue his association with the RSS because it didn’t belong to a single or a group of persons but manifested an ideology and set of values.

“Why should I quit the RSS? But it’s surprising indeed that RSS, which honoured me at Delhi under the banner of its allied institution — India Policy Foundation — for exposing the Vyapam scam as late as July 11, 2015, decided to give up on me because I was raising fingers at top BJP leaders.”

When asked why the RSS could have changed his stand on Vyapam scam, Ashish said “I feel they wished to tell the people it was not Congress but their workers who broke the scam but when more and more names of BJP and RSS leaders started surfacing in the scam, they changed their stand and asked us to stop too.”

However, RSS spokesperson Hemant Muktibodh, when asked about alleged diktat issued to Ashish Chaturvedi, asking him not to come to Samidha the next time, said “I don’t know much about him. Perhaps, he is from Gwalior. Moreover, I don’t want to get into all this.” 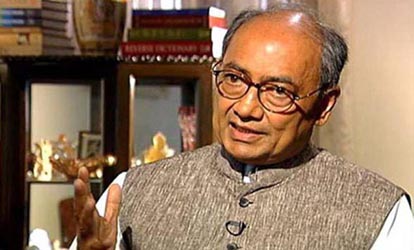