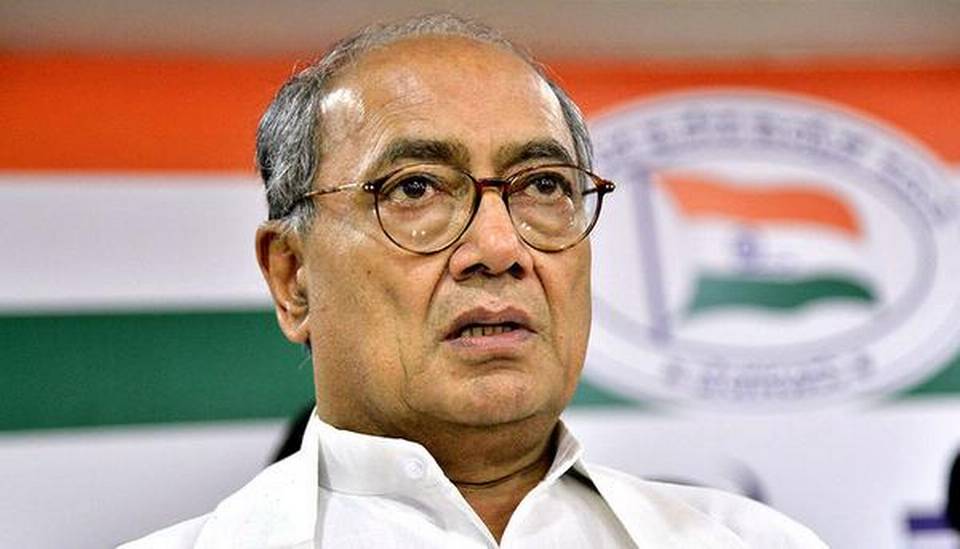 After rebel Congress MLAs and their supporters switched sides along with Jyotiraditya Scindia, the party is scrambling to shore up its organisation in the Gwalior-Chambal region. In an interview to The Hindu, Rajya Sabha MP Digvijaya Singh says the party will recover the lost ground ahead of bypolls for 27 Assembly seats in Madhya Pradesh. While believing the recent central leadership crisis will not have a bearing on electoral outcomes nationwide, he is loath to visualise the Congress without the Nehru-Gandhi family.

With Jyotiraditya Scindia changing sides and taking along with him several Congress workers to the BJP, the party has suffered erosion of its organisation in the Gwalior-Chambal region, where byelections are due. How challenging has it been to rebuild the organisation there?

Mr. Scindia wanted a share in more than 10 districts, which he claimed were part of the old Scindia riyasat, including Morena, Neemuch, Mandsaur and Ujjain districts. We used to allow him to control those districts organisationally. Out of all his appointees, around 35-40% have left. Kamal Nath has kept all our people together and reconstituted the organisational structure in those districts from the booth to the district level. New people have joined us. And I think we will be able to recover the lost ground.

At the same time, people never expected Mr. Scindia to leave the Congress. And even his supporters have not approved his act of leaving. There is huge anger against the MLAs. It’s an open secret that they have taken ₹25-30 crore each. We know this as the people with whom they have parked their money, they are also known to us.

What will the strategy be for the byelections? Is it going to be any different from the 2018 Vidhan Sabha contest? Are there going to be new promises?

Promises, keep them apart. Because people are quite fed up with promises. But what is more important is people feel let down. Out of 27 seats, 26 had Congress MLAs. Only Agar Malwa had a BJP one. The electorate feels cheated as they voted for the Congress. Therefore, there is huge anger against them.

You’ve recently said the lack of ideological clarity was harming the Congress. Do you view the perceived saffron posturing by Mr. Nath and the central leadership around the ground-laying ceremony for the Ayodhya Ram temple as an example of that?

Why give it a colour? The Congress respects people of all religions. We have never done politics of religion. We’ve never asked for votes on the basis of anyone’s faith or religion. And this has been the strength of the Indian ethos, of our sanatana dharma: equal respect to all religions. And this is what Swami Vivekananda also articulated in his famous speech in Chicago.

If Mr. Nath or the Congress has welcomed the decision of the Supreme Court for the temple, it is not against the ideology. And he has always respected people of other religions. But there is no question of taking sides on that.

I am a devout and practising Hindu. I am a disciple of Swami Swaroopanand ji Maharaj, who’s the senior most clergy of Hindus in India. He was also a freedom fighter. He had made a statement that during the ‘chaturmas’, any kind of auspicious ceremony is not held. So the ceremony's timing was wrong. When Hindus as such believe in astrology, meaning everything has to be done according to the right moment, including laying of foundations, there are certain periods when it is done and not done. The Ram temple is being built after such a long struggle, although we have reservations as the Trust does not represent the Hindu clergy. It is mostly composed of the VHP and the RSS.

Swaroopanand ji had said the ceremony should be put off to Navratri perhaps, an auspicious occasion. That was the only objection. We all have always welcomed the construction of the temple. As regards Mr. Nath, he is a devout Hanuman devotee. So, holding a Hanuman Chalisa recitation at his house around the ceremony is not unusual.

For more than a year, the Congress hasn’t had a full-time president. And recently 23 senior leaders also called for sweeping organisational changes. The lack of a permanent leadership and the letter of the leaders, will they have a bearing on the forthcoming elections countrywide? Do you agree with any of the demands in the letter?

It is unrelated. Further, Sonia Gandhi is the undisputed leader of the Congress. No one questions her leadership. As regards the 23 signatories, they may have some issues. And within the party Constitution, there are ways and means to address them. Four-five members of the Working Committee were signatories. Instead of writing a letter and making it public, they could have asked for the issues to be discussed in the committee, requested Ms. Gandhi, for it who would have definitely agreed. Even today, I have not seen the contents of the letter. My objection was simple: why make it an issue by writing a letter? They could have easily met Ms. Gandhi or the political secretary Ahmed Patel.

Basically, I have been in the party since 1971. Congress has had splits four-five times. Every time, it is this family which has got the bulk of the Congress supporters. Therefore, I personally do not visualise the Congress without the Nehru-Gandhi family, which has had two people assassinated, one former and one sitting Prime Minister. Tell me one family which has done this sacrifice. Even during the freedom movement, everyone in the family, from the grandfather to the granddaughter, were in jail. How can we ignore the sacrifices of this family and the way they have led this country? Where were we in 1947? And if you see the socio-economic change in the country over the years, which other young democracy has had it without any revolution? It has been peaceful and non-violent here.

But with the Gandhis at helm, we have seen simmering dissent across Rajasthan and Madhya Pradesh recently. Is it due to overcentralisation of power?

I don’t think so. I have worked as the general secretary at the All India Congress Committee for 13 years. I had full freedom from the Congress leadership to handle States. They don’t interfere in petty matters. I would say that general secretaries should be able to handle these issues themselves. In fact, there is more decentralisation in the Congress than in the BJP, where everything is controlled by the RSS. Nothing moves without a nod from them, and the core leadership in the organisation has always been from RSS.

There are three ordinances that may affect farmers, small and medium traders and consumers. One is regarding the Agricultural Produce Market Committee Act, second is contract farming and third is the Essential Commodities Act. We are opposing all the three.